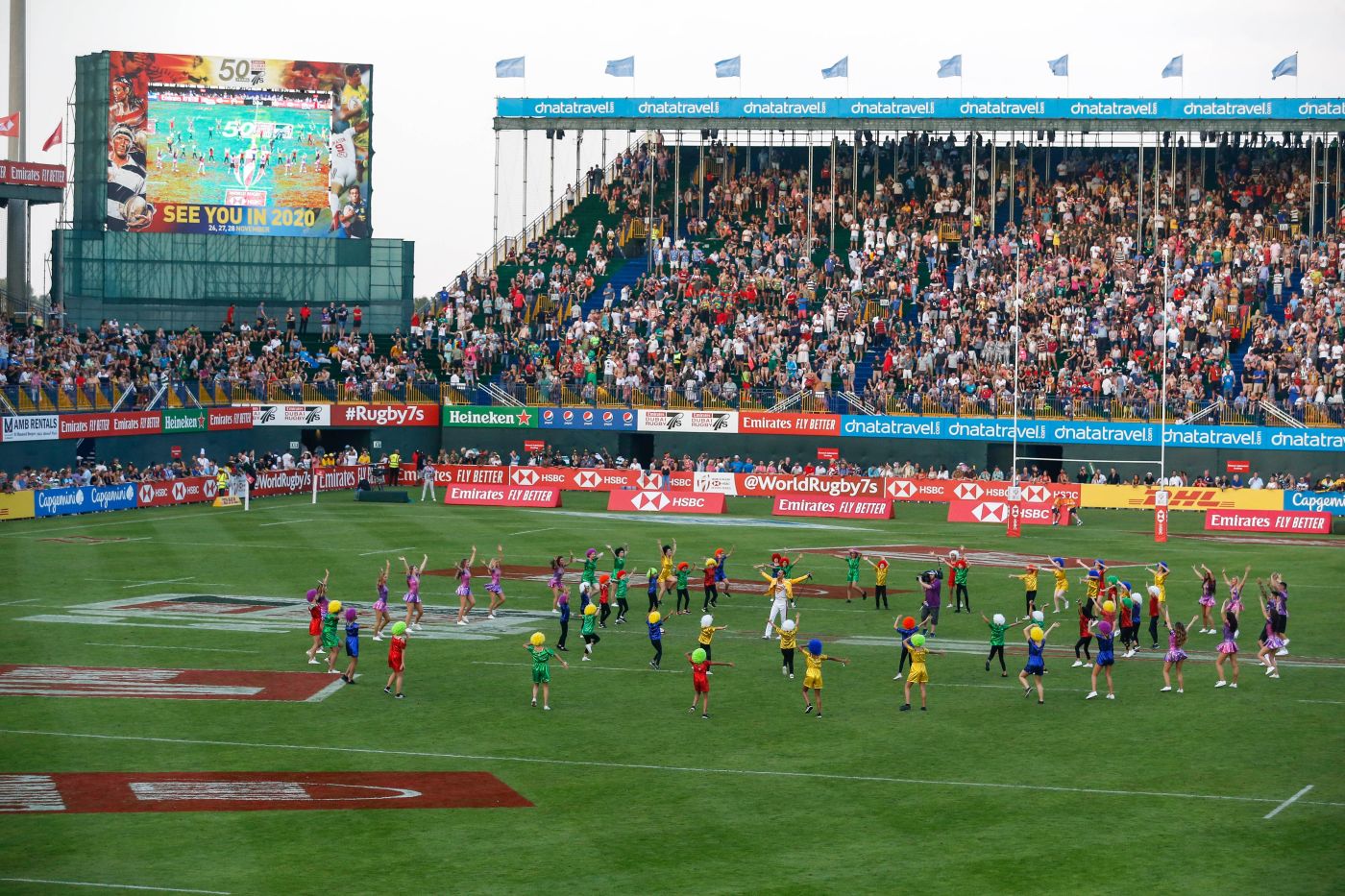 Les Bleues record only their second ever victory over New Zealand in HSBC World Rugby Sevens Series history to join Australia and USA as pool winners in Dubai.

France provided the first shock of the Emirates Airline Dubai Rugby Sevens 2019 women’s competition by beating defending champions New Zealand 19-14 in the final match of the pool stages on Friday.

Les Bleues, who beat New Zealand for the first time in another pool decider in Kitakyushu to end their record 38-match unbeaten run on the series back in April, went ahead for the second time in the game with tries from Séraphine Okemba and Joanna Grisez before their defence held firm to close out the win to top Pool C.

France’s reward is a Cup quarter-final against Canada, who suffered a record 34-10 defeat by series leaders USA to finish second in Pool A. That will be the second of the quarter-finals with Australia to face Spain in the opening one, the side they beat 38-5 in the Pool B decider at 7he Sevens Stadium.

The third quarter-final pits Fiji against series champions New Zealand, who are bidding to become the first team to successfully defend the Dubai crown. Fiji finished above Spain on points difference in Pool B to reach their first quarter-final since the Paris finale of the 2018 series.

In-form USA, winners of the opening round in Glendale in October and the 2019 series finale in Biarritz, will take on Russia in the remaining quarter-final after they claimed the second-best third-place spot behind Spain.

Canada’s victory over Brazil was never in doubt once Brittany Benn and Charity Williams powered through the defence in the opening minutes. Runners-up in Dubai last year, the Canadians added a further five tries by four different players with Bianca Farella crossing for a quick-fire brace in the second half of a 43-0 victory.

The words ‘there’s trouble in America’ from the Razorlight song that rang out around the stadium may have been apt after Daria Shestakova gave Russia an early lead against USA, but the series leaders stormed back with four unanswered tries, Alev Kelter sending Lauren Doyle over before adding two of her own for a 16-point haul in the 33-14 victory.

Victory over Brazil would, barring an huge England win over Japan, secure Russia’s quarter-final spot but they found themselves trailing 7-5 at half-time after Raquel Kochhann converted Mariana Silva’s try. Russia’s greater series experience told after the break with Iana Danilova’s second setting them on the way to a 22-7 victory over the Brazilians.

The battle for North American pride and top spot in Pool A saw USA dominate Canada and record not only their first ever victory in a pool match but also their biggest victory margin of 34-10. USA led 17-0 at half-time, and although Canada did score twice, a second for Kirshe and a Cheta Emba double wrapped up the emphatic win.

Ana Maria Naimasi twice gave Fiji the lead against Spain in the opening game of the day but the Erbina sisters combined to put Las Leonas ahead, the elder Amaia sprinting down the left before offloading to last season’s Rookie of the Year Lide to run in under the posts for what looked to be the winning score. However, Fiji worked Mereula Torooti over with 30 seconds to go and Lavenia Tinai – who last weekend helped Fiji qualify for a first ever 15s Rugby World Cup – added the conversion to snatch a 19-19 draw, the first between the sides in series history.

Emma Tonegato ensured Australia went into half-time with a 12-5 lead over Ireland after scoring at either end of the first half to take her tally for the season to 13 and make it four doubles in her last five games. However, Ireland were in touch thanks to another long-range try by Amee-Leigh Murphy Crowe, the flyer shrugging off two tackles to race 60 metres. Australia, though, were in no mood to suffer a second defeat in 16 meetings with Ireland with further tries from captain Sharni Williams, Madison Ashby – her first on the series, Georgia Hannaway and Faith Nathan wrapping up a 38-5 victory.

Fiji and Ireland knew victory was a must if they were to have a chance of reaching the Cup quarter-finals. Murphy Crowe gave Ireland an early lead before Naimasi and Raijieli Daveau edged Fiji ahead to raise hopes of ending a seven-match losing streak in the head-to-head. They needed two late tries to do so, Asinate Savu and Namaisi’s tries securing the 28-12 win.

Ellia Green sliced through the Spanish defence twice in the opening two minutes to give Australia the perfect start to the Pool B decider and the Olympic champions kept the foot down, scoring six tries in total before Anne Fernández de Corres scored a consolation try in a 38-5 defeat. With Fiji finishing second above Spain on points difference, Australia and Spain will meet again in the Cup quarter-finals.

Japan restricted France to only one try in the first half – having conceded five against New Zealand on day one – with Okemba racing in from distance. Shannon Izar sliced through the defence before Nassira Konde added a third, but the Sakura Sevens kept battling and were rewarded when Yoko Suzuki found a way through at the end for a 21-7 final score.

England, bidding to end a 13-match losing streak to New Zealand, got the perfect start when Celia Quansah scored inside two minutes, but tries from Stacey Waaka (2) and Kelly Brazier saw the Black Ferns Sevens lead 19-5 at half-time. Deborah Fleming scored for England within a minute of the restart but again that just kick-started the New Zealand attack with Waaka completing her hat-trick as they reached 40 points for the second time in the tournament, triumphing 40-12.

Russia’s victory over Brazil meant that England needed to beat Japan by 49 points to secure a place in the quarter-finals. They started brightly with a three-try burst in as many minutes early in the first half but were never able to truly shake off a Japan side whose quick footwork saw them score two tries through Haruka Hirotsu and Yume Hirano in the 31-14 defeat.

The final act of the pool stages was a nail-biter, France scored first through Okemba but New Zealand came back with a brace of tries by Brazier to lead 14-7 at half-time. France dug deep, though, and were level within two minutes of the restart thanks to Okemba’s second before they worked Grisez over for their third and then held firm in defence, barely allowing the Black Ferns Sevens out of their own half, to wrap up the win. 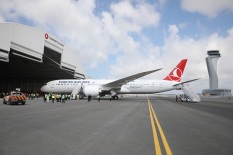 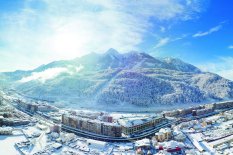 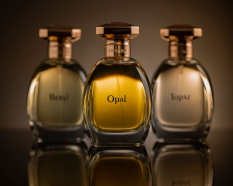 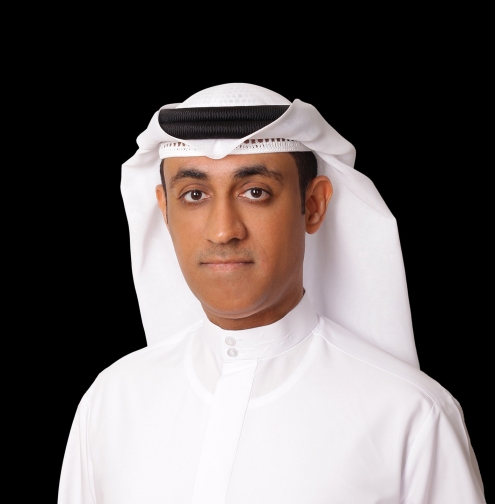 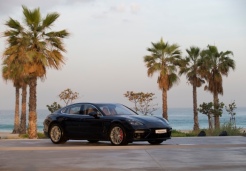 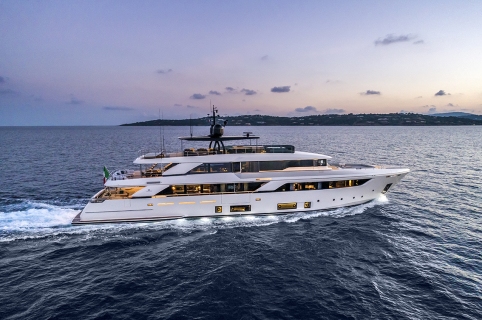 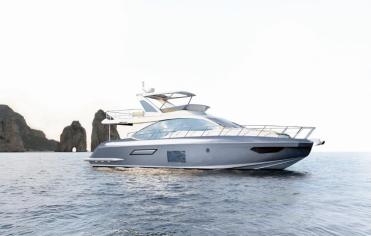 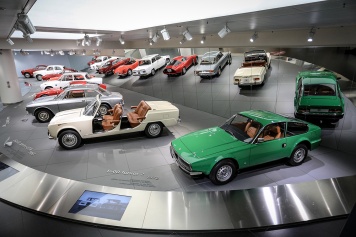 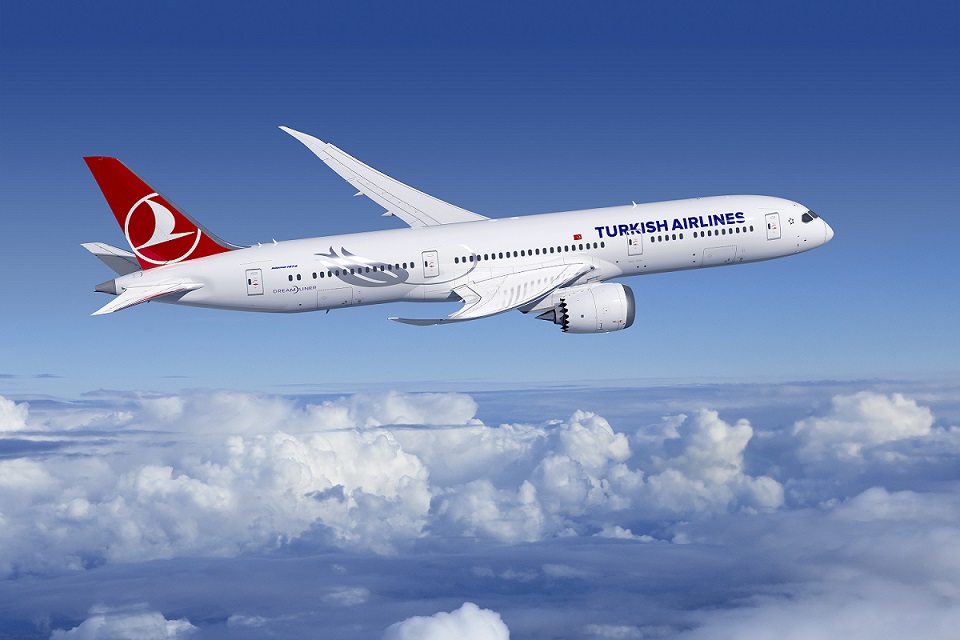 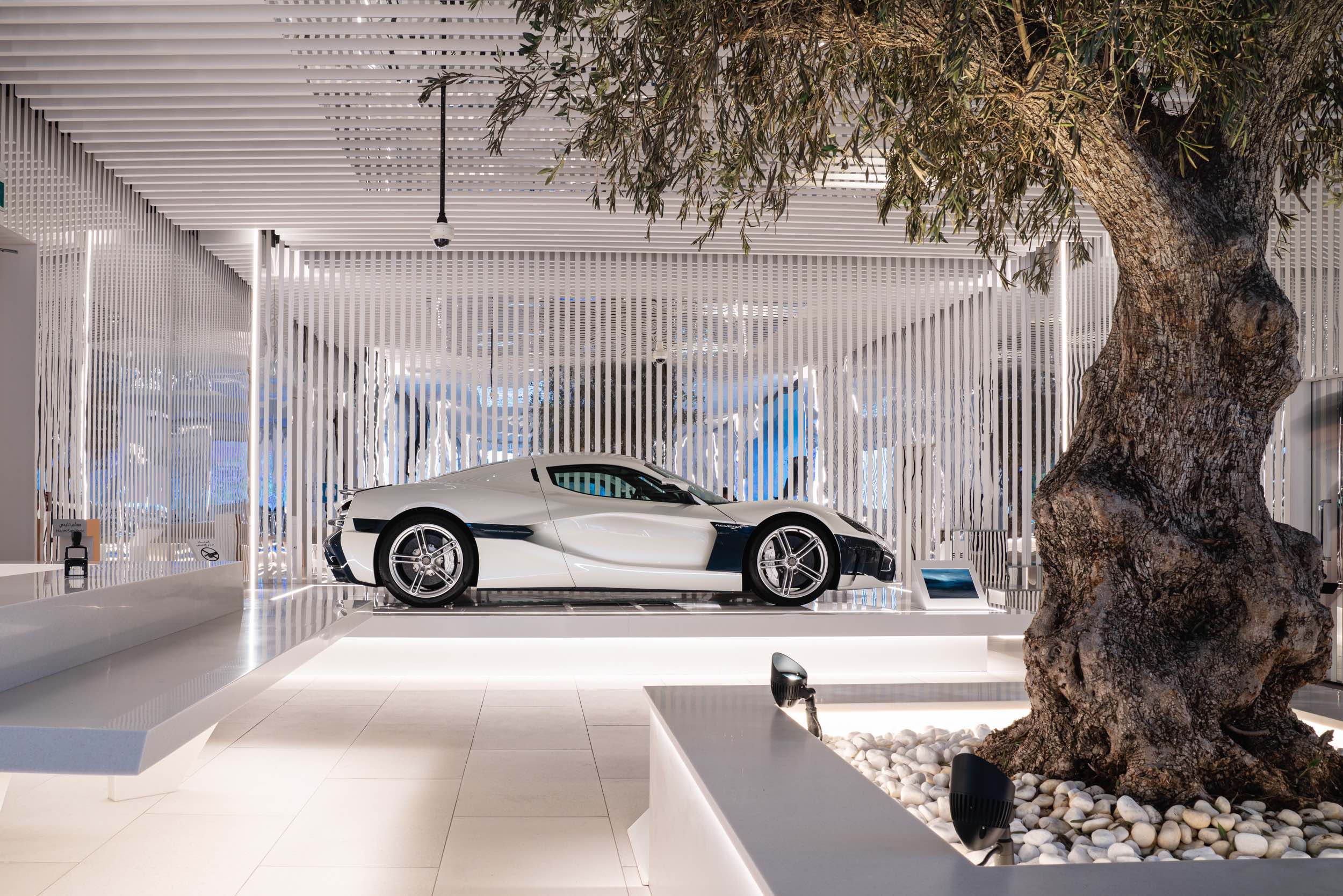 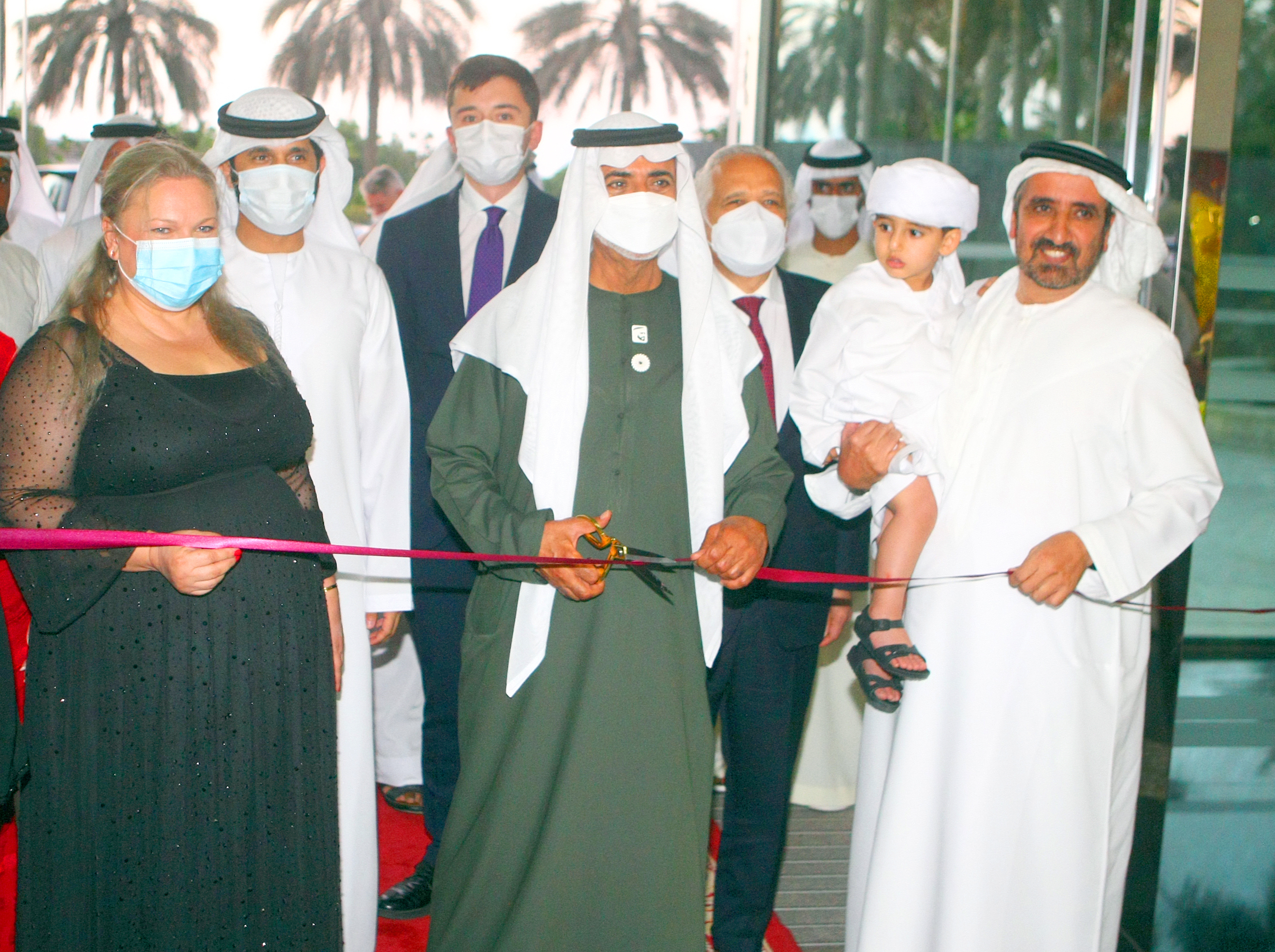 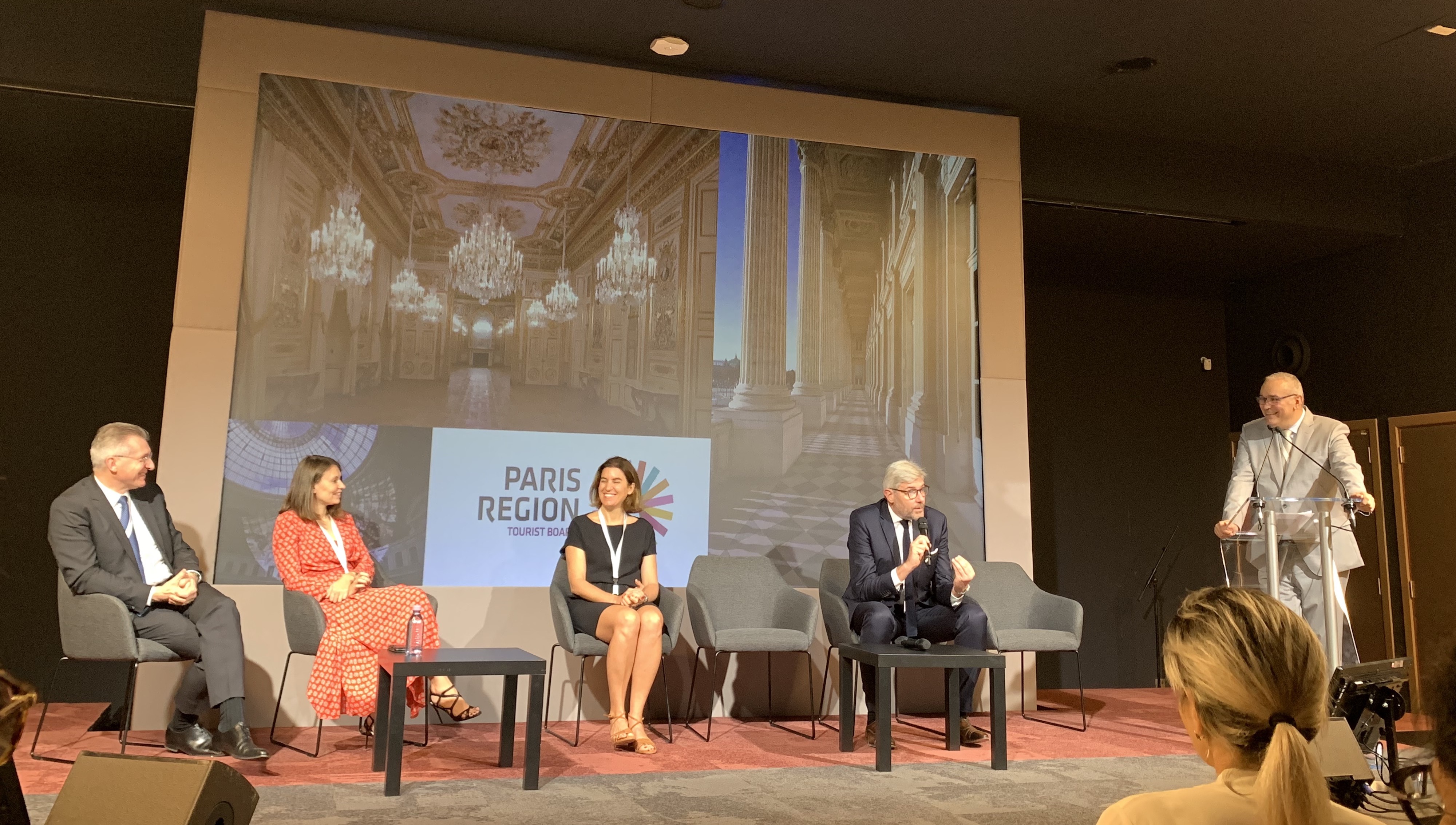